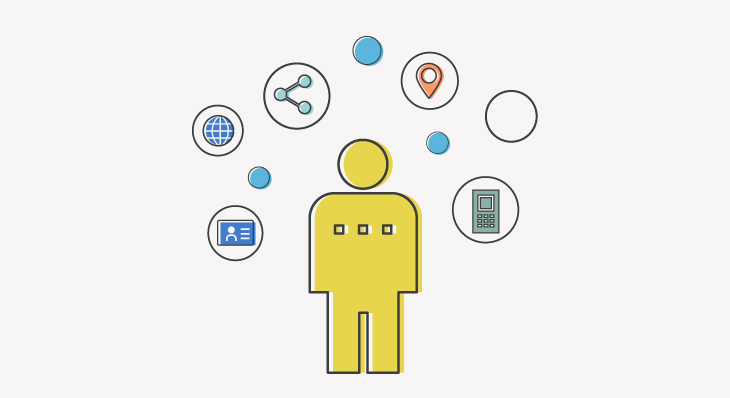 It’s time we officially begin calling this a series! Why, you ask? Because we’re now on the third installment of Innovation Never Rests; our bi-weekly segment showcasing the latest and greatest features and enhancements available to you in Dundas BI, the #1 business intelligence platform as rated by real users. Looking for the first two installments? Interested in highlights of the cutting-edge capabilities that come stock with Dundas BI? Head over to our New Features page for more details on the assortment of goodies loaded in our software.

Now that that’s out of the way, let’s take a look at what we’ll be covering today! In this episode, we’re focusing on one of the new ways Dundas BI simplifies data models and enables users to easily explore data in a logical and organized fashion by using Hierarchy Attributes.

But that’s not all. In addition to the dimensions we’ll need to help explain the transaction cost, we’ll also need information that describes each dimension. Now, the information we’d want to capture for each of those dimensions are – you guessed it! – attributes. Sticking with the example above, some of the attributes specific to the customer dimension that we may be interested in, would include the customer’s name/number/address/zip code/date of birth… you get the picture.

Up until now, we’ve treated attributes in Dundas BI simply as regular dimensions (if we were to use the example above, that’d mean customer name/number/address… were all considered dimensions as opposed to attributes), however, what often tends to be the case, is that the majority of these attribute-type dimensions are actually used as mechanisms for describing different dimensions.

Well, with Dundas BI, it’s now much easier to model these. Imagine, for example, we have a product hierarchy that spans across different product levels (Product, Category, Subcategory), and then to describe each product, we have product color. What many Dundas BI users are accustomed to, is treating product color as a separate dimension in their data, however, with the release of Hierarchy Attributes, that so-called dimension can now be recognized as an attribute that describes the product.

What Does This Mean?

No longer are we required to endure the process of unnecessarily modeling dimensions, and subsequently laboring through joining them to the table that brings up the additional dimension and including it in our data model. Now, we’re able to build standard hierarchies, isolate different levels (i.e., product/product category/product subcategory), and apply attributes to them with ease. Not only that, but with this new addition to Dundas BI, end-users will enjoy having their data organized in a more logical fashion, making their exploration process easier, as attributes are now shown under the relevant dimension they choose to describe, rather than as a separate dimension.

Adding to the allure of Hierarchy Attributes, is the fact that they’ll greatly simplify the tables users create as they drag-and-drop additional data into their analysis. Dundas BI will not attempt to aggregate data for attributes, meaning users will no longer see totals and sub-totals created for attributes in addition to those created for their respective dimensions.

A Boost to Performance

Another important advantage to using Hierarchy Attributes revolves around the concept of in-memory usage, and whether or not users decide to store their data models in this fashion to boost performance. As it stands, in-memory storage is usually able to boost performance as it pre-calculates most of the possibility aggregation and stores those in advance; so then, when users are exploring their data, the results are often very quickly returned. However, since there are even less aggregations required with attributes, your in-memory models will require less memory (specifically RAM), making the process of both build and storing an in-memory model that much more efficient.

Wait… there’s more! In addition to what’s been mentioned already, the other thing we value in regard to attributes, are time attributes. Many of you likely possess cyclical data, or operate a cyclical business, and need to compare same months across different years (i.e., January 2018 vs. January 2019). Well, with Hierarchy Attributes, that analysis immediately becomes so much simpler. Rather than having to return to our data model to create separate dimensions for every attribute related to time (such as month of year), we’re now able to apply built-in time attributes, thereby expediting this analysis.

It’s one thing to talk about Hierarchy Attributes, and another to see them in action! We’ve put together a short video explaining what this feature looks like in Dundas BI, and how it can be used to your advantage. Feel free to jump ahead to the 5:15 minute mark in the video as we’ll be covering what’s already been written here in the first few minutes.

A Tribute to Attributes

Hierarchy Attributes are a stellar addition to Dundas BI and can truly assist in tackling those complex data models. Not only that, but they deliver several benefits to the data exploration process by making it simpler and more efficient storage-wise.