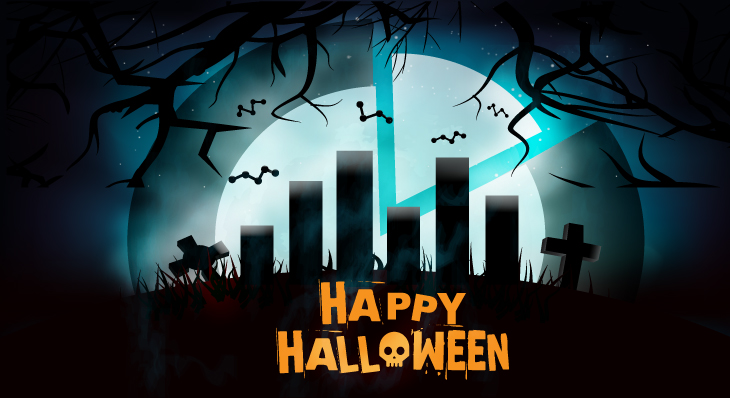 October 31st is all about costumes, candy, and carving pumpkins. Festivities transform into fright-filled attractions, punches turn into blood, and the steeliest of souls cower under blankets and peer through their fingers as Jack Nicholson jeers, “Heeere’s Johnny”. As the sun sets, little zombies scour the neighborhood, princesses roam the streets, and minions zig and zag, foraging for the greatest, most colossal, mouth-watering treat they can get their hands on; or is it trick?

Despite Halloween’s penchant for drawing the child out in all of us, it’s not complete without a scare or two. And what’s the scariest, most paranormal, sinister phenomenon that Halloween has to offer?

As of October 19, 2016, there have been 54,721 lifetime ghost sightings across the United States of America. That’s 54,721 potential encounters with the supernatural. I’ve taken these sightings, organized them by the number of sightings per state (because who wouldn’t want to celebrate Halloween in the scariest place), and displayed them geographically on the map below using Dundas BI.

Number of Ghost Sightings in the United States of America

Surprisingly (or maybe not), the most ghost sightings have come from California (5585) and Texas (6289). This is likely due to the fact these two states are the number 1 and 2 most populous in the country. Within these states, I’ve highlighted the individual cities with the most ghost sightings. From left to right: Fresno, California (75); Bakersfield, California (74); El Paso, Texas (182); and Austin, Texas (111). El Paso High School by the way, was founded in 1916 and ranks as the scariest haunted school in the USA.

Now, it’s anyone’s guess as to whether or not these sightings are factual or fictitious. But if a run-in with a ghost if what you’re seeking this Halloween, I know where you should go!