The ABC's of Data Storage 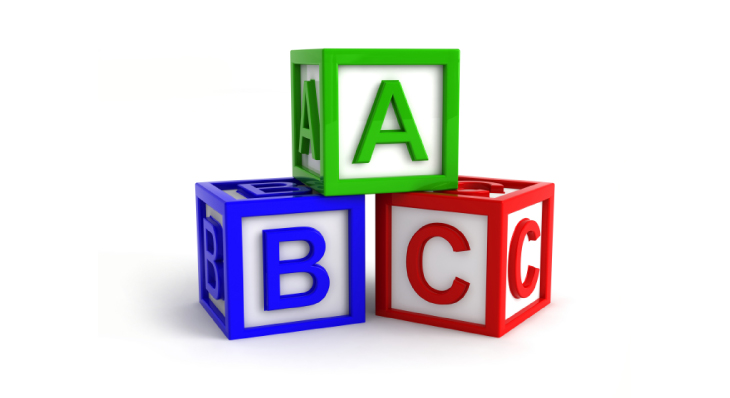 What do some diners do at an “all you can eat” restaurant buffet? They gorge out. What might you do if there are free items at an exhibitor booth at a conference? You might take more than one. It is human nature that when something is free one doesn’t care how much one consumes whatever the item or service may be.

How is this different when an organization’s information technology (IT) services are also free to internal departments? The substantial growth in IT over the past decade has moved IT from being a back-office support function to a critical and strategic function. User demands for faster response times, more information and sophisticated equipment is driving IT spending upwards at an ever increasing rate so that IT now ranks among the top category of expenditures for many organizations. If IT does not in some way internally “charge back” of its expenses or provide “show back” to its users for its services, then expenses will get out of control.

I recently interviewed Chris Dedera, President of CRD Business Consulting and who is recognized by the IT Financial Management Association as one of the top educators in the field of IT financial management. Chris made this observation. “The last 10 years of the 20th century (1990-2000) saw an uncontrolled increase in information technology spending. In fact, IT spending in some industries has reached 10% of revenue. After Y2K the increase in IT spending forced increasingly more organizations to focus cost management and performance improvement efforts on their information technology groups. Many of the techniques used in commercial manufacturing and the service industries are now being applied specifically to the IT function. Activity-based cost management (ABC/M) and IT capacity usage reporting systems are being used to develop cost information that is used in both cost management and performance improvement efforts. The use of ABC/M and capacity usage information are supporting multidimensional cost analysis, performance measurement and monitoring, creation of internal IT markets, user-customer cost visibility, driver-based planning, and capacity management. … Clearly IT spending can no longer be managed on the back of an envelope.”

Dedera’s observation of an “internal IT market” is important. When internal shared service providers and their users interact with an understanding of their mutual relationship using fact-based data, then everyone benefits – IT, the user, and the entire organization. Line-item IT charge back invoices not only create a service provider-user market for pricing; but the cost calculations also provide the basis, including service-level rates, for service level agreements (SLAs). SLAs formally document what a user should expect from IT.

The need for IT cost visibility

IT users who care about their organization’s financial health are demanding greater IT cost transparency, visibility, and financial analysis in order for everyone to understand the true costs of IT. CIOs often have difficulty in responding to these demands, and they struggle to easily and clearly communicate the cost of services provided and demonstrate the substantial value that IT brings to their organization. To complicate matters for CIOs chief financial officers (CFOs) are becoming increasingly influential and vigilant in monitoring and even approving IT budgets and purchases.

Some IT organizations are demonstrating reasonable maturity in getting purchases of new technology approved. They have to. Estimates are that 70% of annual IT spending is on equipment and software technologies with the remaining 30% on employee salaries and their support supplies and services. Since assets become sunk costs at the instant they are purchased, the only improvement levers are to improve the analysis of the capacity requirement for new assets before they are purchased and to fully use the assets’ capacity after they are purchased. The implication is that more thoughtful evaluation of IT asset acquisitions is needed. Hardware and software capacity is immediately committed lump sum to “supply” services. The users then “consume” the capacity. By perpetually postponing IT asset purchases until their capacity is near fully used before purchasing more, the benefit is perpetual future cost avoidance. Vendors of “software as a service (SaaS)” as a “rental” business are exploiting this reality.

Dedera said, “With the dawn of the 21st century the landscape of information technology management has changed. In the 1990’s there were never enough resources, and organizations could not add them fast enough. The needs for IT seemed insatiable. Then shortly after the turn of the century a dramatic shift occurred, and the hungry demand for IT services began to be questioned and challenged. Suddenly, organizations seemingly had too many IT resources, and they began questioning the value of the money spent in the 1990’s. The IT model of the 1990’s, ‘spend first, ask questions later’ is gone and is being replaced by ‘ask questions first, spend later’.”

An additional problem is CIOs toil when they attempt to track and measure the benefits of the technology after it is implemented. They often lack the insight and information needed to understand the implications of investments, accurately forecast demand and costs, and ensure that any investment provides maximum benefit to the business.

The consequences of failing to implement IT business performance management methods, like ABC/M and KPI scorecard metrics, are often hidden, yet they are substantial. Without performance management methods IT is stumbling in the dark. IT struggles to control its budget, cannot maximize its returns on investment, suffers from increased complexity and cost, and is unable to make sustainable cost reductions. The result is organizations make decisions to implement infrastructure or outsource capabilities with inadequate service cost information that does not support or may even negatively impact strategic goals with suboptimal results. Outsourcers prey on IT organization that do not know their costs and especially those that do not understand the fixed and variable nature of costs.

These pressures are creating a changing role for the CIO to manage IT as a business, to prove the value of IT across its organization, to ensure user-customer satisfaction, and to maximize value from new and existing investments.