In Praise of Connected Scatter Plots 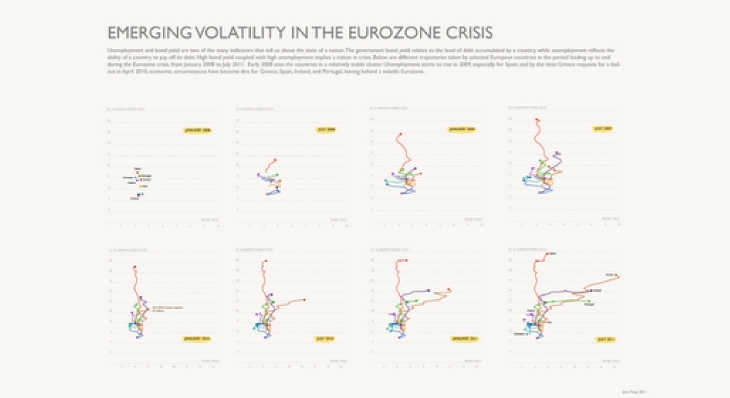 Some people may already be familiar with Hans Rosling's presentations. This is one of my favorites, taken from his BBC documentary The Joy of Stats.

Rosling is a master storyteller. To give context to his data, he blends with his own graphics and he speaks like a sportscaster —that's actually the analogy he used when I interviewed him for The Functional Art. He uses bubble scatter plots very effectively and animates them. Who would have thought that a graphic form that a decade ago was rarely seen outside of academic publications could become so popular?

The question that came to my mind when I saw Rosling's first presentation at TED was: Would it be possible to do something like that without animation or interaction? It certainly is. People like Amanda Cox and Hannah Fairfield, both from The New York Times, have proven it by means of static "connected" scatter plots, in which each dot doesn't represent a place or an individual, but a year or a month. Therefore, the line the dots sit on should be interpreted as a path that readers should follow. See one example that I love: 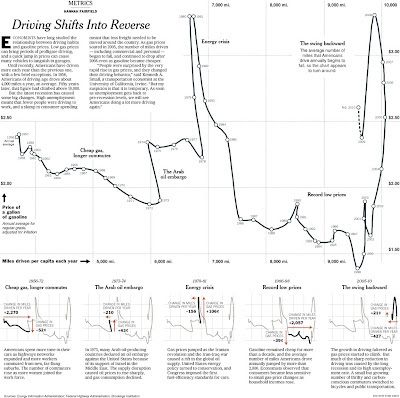 And this one was published today. It made me happy during breakfast. Notice how carefully annotated and labeled it is: 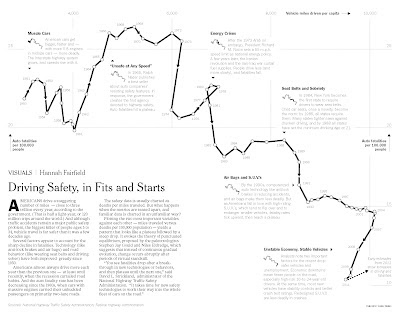 Moritz Stefaner made this one a while ago. It is based on Rosling himself: 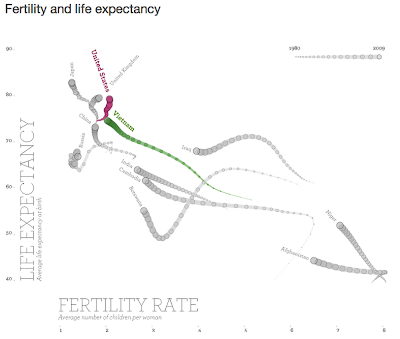 And my own take, displaying the covariation of Brazil's inequality and GDP. Notice that the curve straightens —and goes down— when Lula becomes president, although economic growth and shrinking inequality had started to be connected with Fernando Henrique Cardoso (FHC), who put hyperinflation under control. Before those two administrations, Brazil's economy was chaos and inequality used to vary wildly (this piece was translated from Portuguese, by the way): 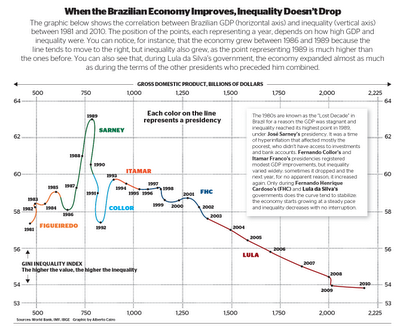