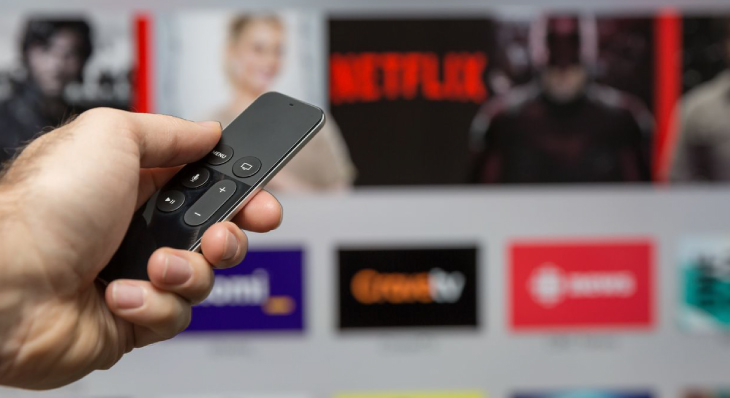 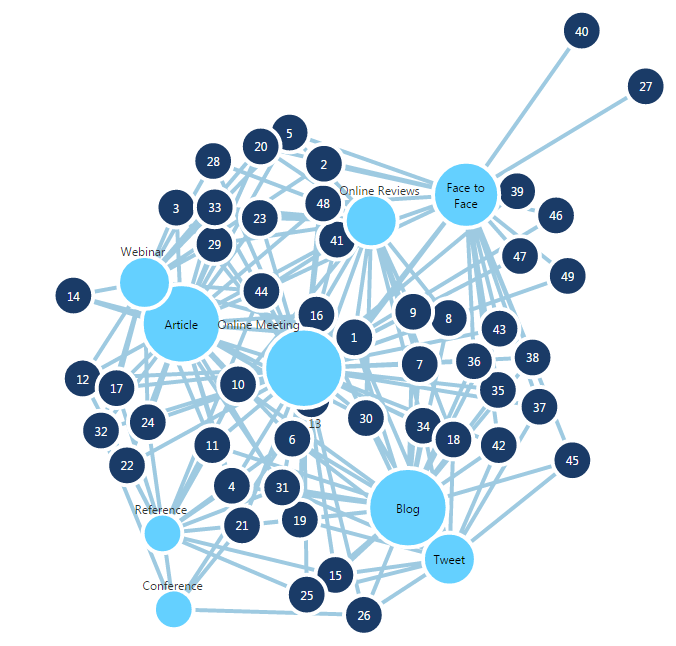 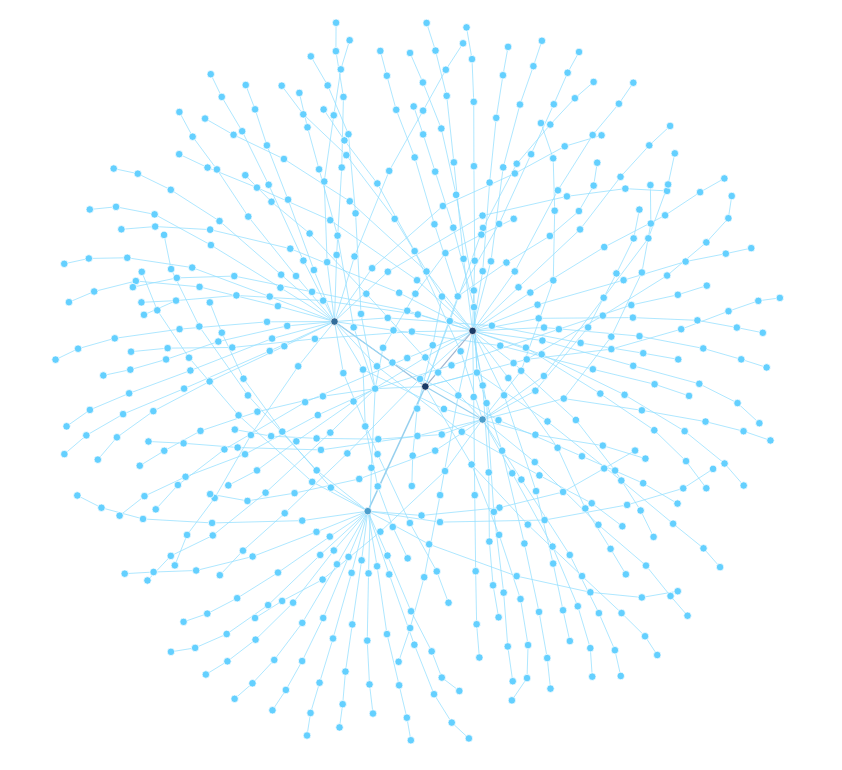 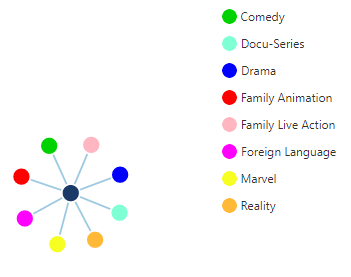 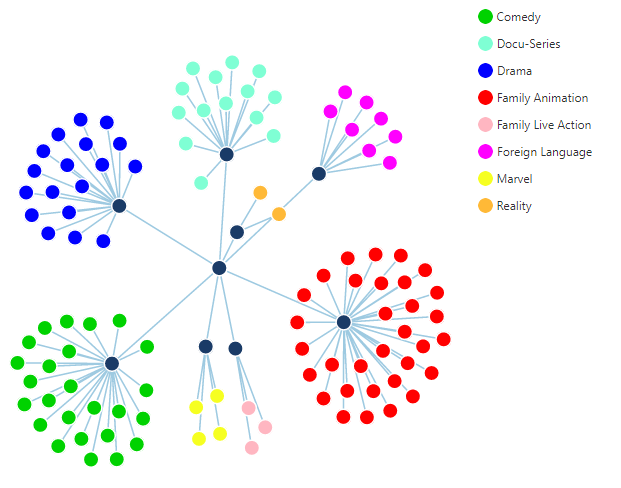 Now the clusters are beginning to tell a story, albeit a short one. With these dimensions (Genre and Title) we’re able to identify in which Genres, Netflix is producing higher quantities of original content. 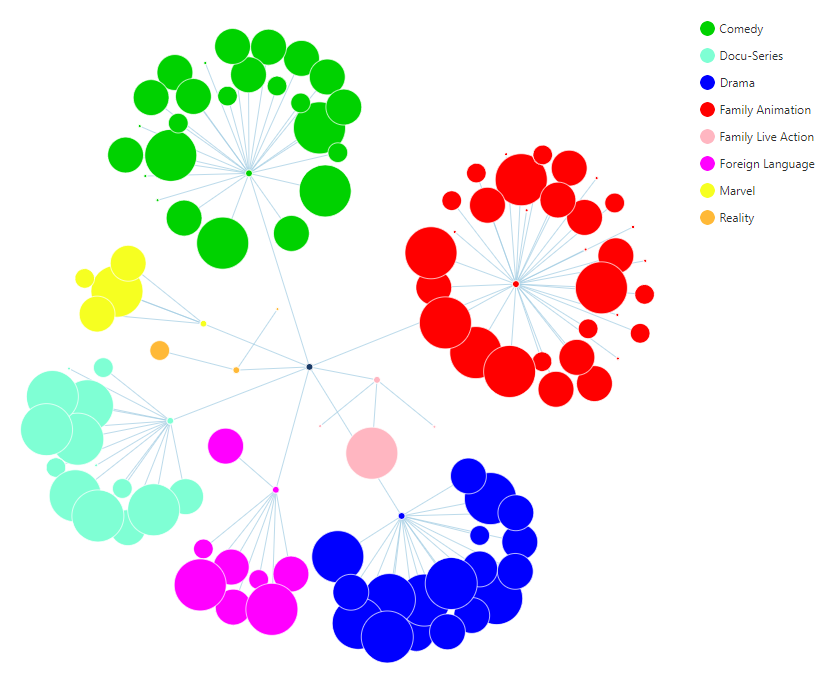 The Genre,Drama, which includes smashing successes such as House of Cards, Stranger Things, Orangeis the New Black and Sense8 (all series that are synonymous with Netflix’s original content), has distinctly scored consistently higher than Family Animation and Comedy on IMDB, yet Netflix continues to produce the latter Genres. Even Marvel as a genre has heavily outperformed Family Animation regarding viewer preference, yet Netflix continues to provide more of the same (granted, with the early success of MarvelTitles, it will be interesting to track and see if this genre is populated further).

These insights are readily discernable from the visualization. What we can also do, is use the Relationship Diagram to make predictions about the direction Netflix’s original content may take. First, it’s safe to assume that many future releases from Netflix will ultimately fall under the Genres of Family Animation or Comedy. The basis for this assumption being the current trend. However, we can also identify potential areas of growth. Due to the overwhelming success of the GenresDrama and Foreign Language, and their tendencies to produce shorter series, it wouldn’t be surprising to see Netflix release one-season wonders that combine the two Genres. It also wouldn’t be surprising to see Netflix axe the creation of Reality series, as they’ve seen limited success and longevity.

I invite you to try Dundas BI today, and create your own Relationship Diagrams showing what else could have been done, by combining other measures and dimensions! If you want the Netflix dataset, simply ask me below.

Here are some other data visualization blogs we think you’d be interested in: